I was attempting to create an enumeration in which all its elements were file names, and I stumbled across something interesting. Like so:

This resulted in an internal error. (Segmentation Fault: 11)

I was able to figure how to get an actual error message:

Error: Raw value for enum case must be a literal

Related Questions:
• Is #file considered a String literal?
• Why does #file break the enum? Should this be reported on bugs.swift.org?
• I noticed that replacing String to Int and #file to #line causes the same issue. Is this a hint?

I thought they did, but I made a mistake. It also causes the same internal error.

According to Apple, #file is considered a literal: 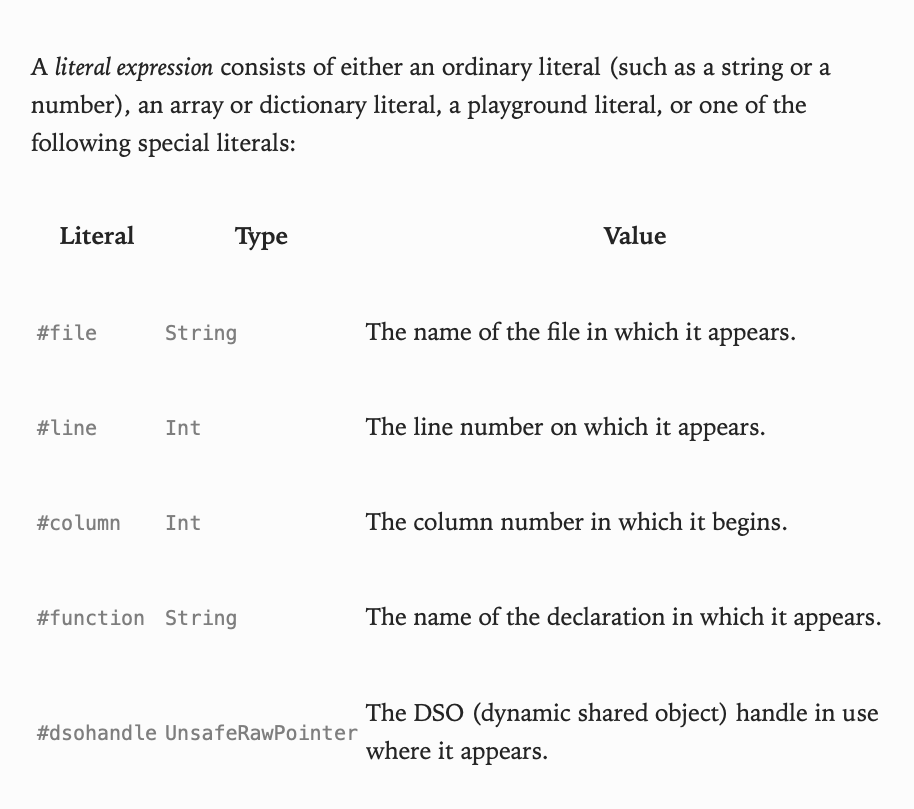 What about nil Literals?

These also crash the compiler.

The crash has now been fixed, it has been merged officially into Swift here: Merged on GitHub Here’s the bug report: SR-12998

Adding Support!
The use of magic literals as raw values for enum cases is being supported here: SR-13022